Ferrari and Surgiva at the IMM furniture fair in Cologne for ?La Cucina? by Matteo Thun, Riva 1920 and AHEC 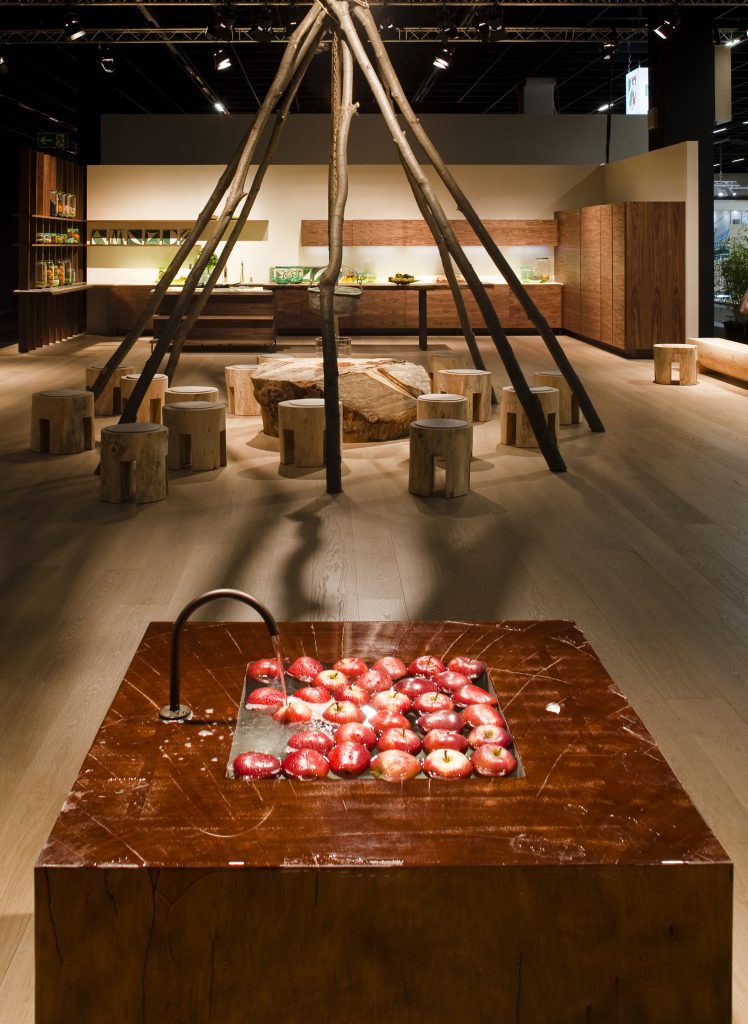 The kitchen is the place for conviviality, it is the most important room in a Mediterranean house, which conveys human warmth and joie de vivre. This is the concept underlying “La Cucina”, the project realised by Matteo Thun, Riva 1920 and AHEC and presented to the international press last week at the IMM Cologne furniture fair in Cologne. “La Cucina” is a homage to Mediterranean gourmet culture, a tribute to the authenticity, tradition and true values, and it is for this reason the three founders wanted to involve several brands which share the principles and play an important role in the Mediterranean kitchen. And so Ferrari and Surgiva are partners in the initiative. In addition to making a fine show in the wine cellar included in the kitchen, the Trentodoc bubbles added the fizz to the inauguration of the stand in Cologne and the opening of a particularly impressive exhibition, among the Fuori Salone events, “Tra le briccole di Venezia” (Riva 1920 articles designed by stars such as Thun, Stark, Botta, Citterio, Missoni and Fiorucci) organised at the Makk Museum, one of the world sanctuaries of design. 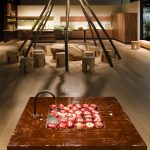