A Salmanazar of 1990 Ferrari: this is how Luca Gardini celebrated the 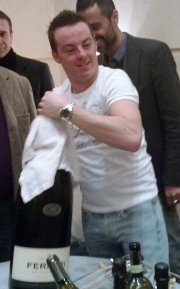 The title is historic and so too are the bubbles that were used to celebrate, in fact they are legendary. The historic title is that won a couple of weeks ago by Luca Gardini in Santo Domingo where he was named “best sommelier in the world 2010”. The legendary bubbles are those contained in a 1990 Ferrari Salmanazar (nine litres) which was opened on Sunday 28th November to toast Gardini and his title. The venue of this party was the Cracco restaurant in Milan, with two Michelin stars, where the new world champion is the sommelier.
CONGRATULATIONS FROM ALL OF US! 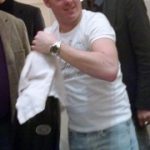