There are hundreds of statesmen, athletes and personalities in the worlds of art and entertainment who have made their successes even more memorable by celebrating them with Ferrari.

But much more numerous are the people for whom, all over the world, Ferrari has made unique some of the most exciting moments in their lives.

The Gran Cuvée Line offers vintage Trentodoc wines made from 100% Chardonnay, left to age for at least 5 years in special-sized bottles.

Jeroboam, Mathusalem, Salmanazar and Balthazar take their names from biblical figures. Over time, they have become synonymous with certain sizes of bottles.

How big can
an emotion be?

A Jeroboam is a three-litre bottle, which corresponds to four standard 0.75-litre bottles. The origin of the name comes from the Old Testament: Jeroboam was in fact the first King of Israel, as well as the country’s founder. 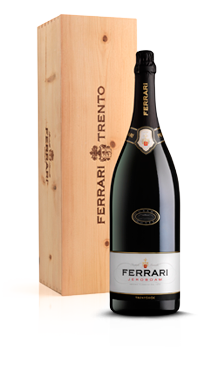 A Mathusalem is a six litres bottle, equal to eight standard bottles. The name Mathusalem comes from that of the celebrated patriarch of the Old Testament, who according to tradition lived for several hundred years. 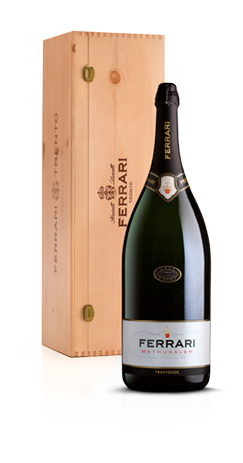 A Salmanazar holds nine litres, which is the equivalent of twelve 0.75-litre bottles. It is not easy to trace with certainty the origin of this name, because there were no less than five Assyrian sovereigns who were called Salmanazar. The most famous, though, was the son of Assour Nassirpal, Salmanazar III. 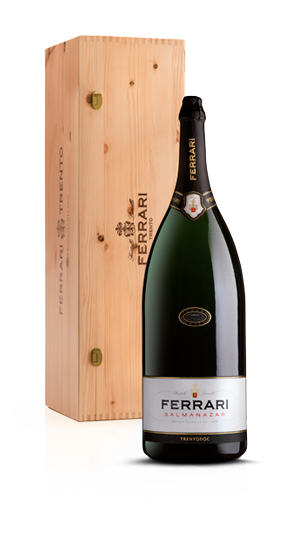 A Balthazar is a 12 litre bottle, the most impressive in the Gran Cuvée line, which corresponds to sixteen standard bottles. History and tradition recall two celebrated personalities with this name: a Babylonian sovereign, son of Nabonidus, and one of the three Magi who came to the manger in Bethlehem where Jesus was born. 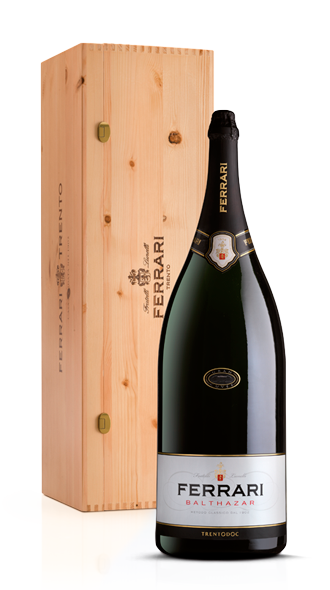