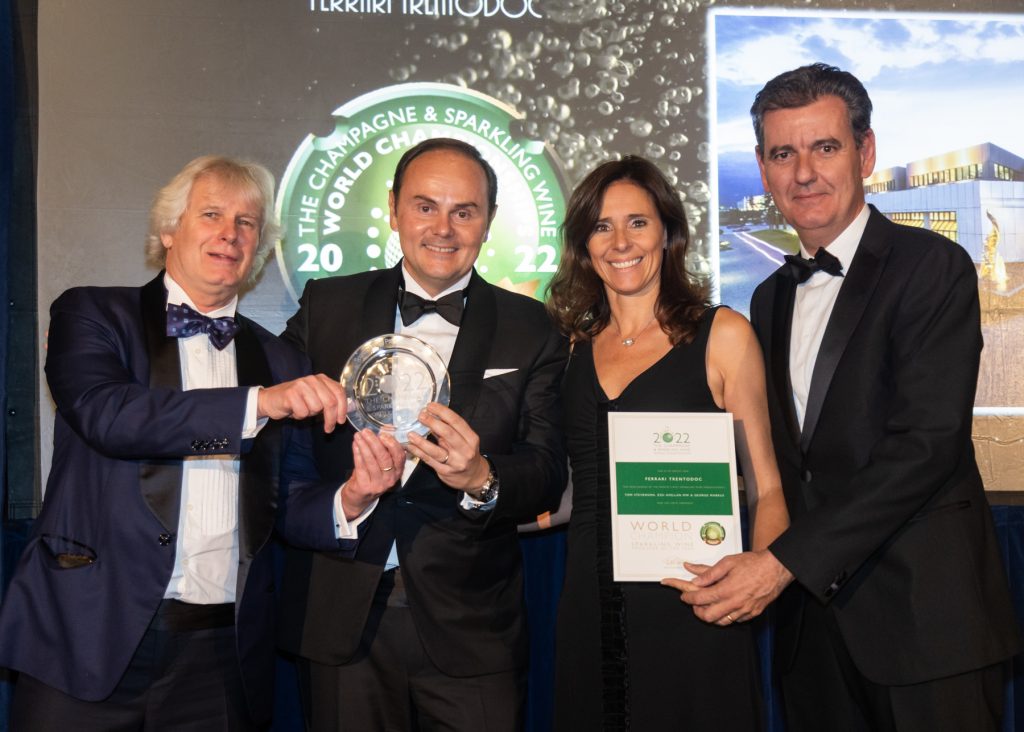 Yesterday, Thursday 3rd November 2022, the awards ceremony was held for The Champagne & Sparkling Wine World Championships, the annual international competition organised by Tom Stevenson and devoted to bubbly wines, during which Ferrari Trento triumphed – for the fifth time – as “Producer of the Year”.

The atmospheric venue, Merchant Taylors Hall, was the perfect setting for celebrating such an important achievement in the year of the 120th anniversary of the foundation of Ferrari Trento.

The title of “Sparkling Wine Producer of the Year” is assignedto the winery that obtains the highest number of medals. In the 2022 edition, Ferrari Trento obtained 11 Golds as well as the accolade of “Best Trentodoc” with Ferrari Perlé Nero Riserva 2013 in magnums.

Ferrari and Trentodoc are, therefore, once again in the pantheon of world winemaking, demonstrating and confirming the incredible potential of our region for the production of outstanding sparkling wines from mountainside vineyards.