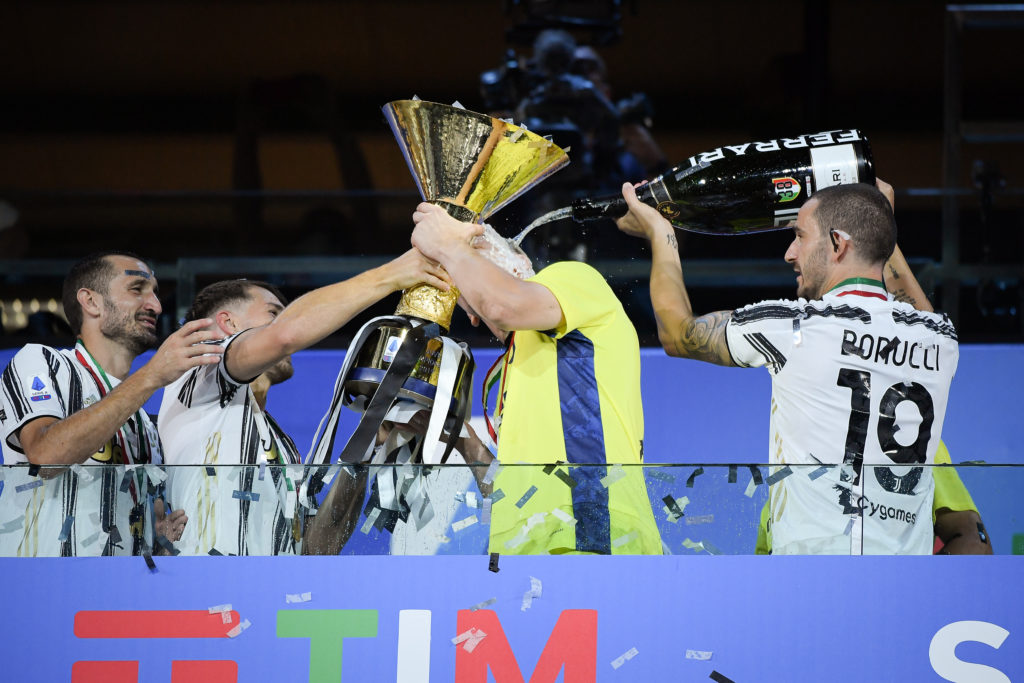 Last Saturday’s was a long night of celebrations for Juventus, the new Champions of Italy: after the final whistle of the game against Roma, the team finally got to raise the trophy marking their 9th consecutive scudetto, which they had actually won two rounds before the end of the season with a 2-0 victory over Sampdoria on 26th July.

Despite the absence of spectators, the players’ and the club’s delight warmed the atmosphere of the Allianz Stadium, as they took part in a large party with #Stron9er as its hashtag.

Ferrari’s Trentodoc, the team’s “Official Sparkling Wine”, was the protagonist of the evening. The new wine from the Trentino-based company, the Ferrari Maximum Blanc de Blancs, accompanied the “Black-and-Whites” as they drank a toast – #ToTheMaximum – to the historic result they had achieved.