Matteo Lunelli speaks on the merits of Ferrari sparkling wine to the mayors of three big Japanese cities: Kyoto, Kobe and Kanazawa 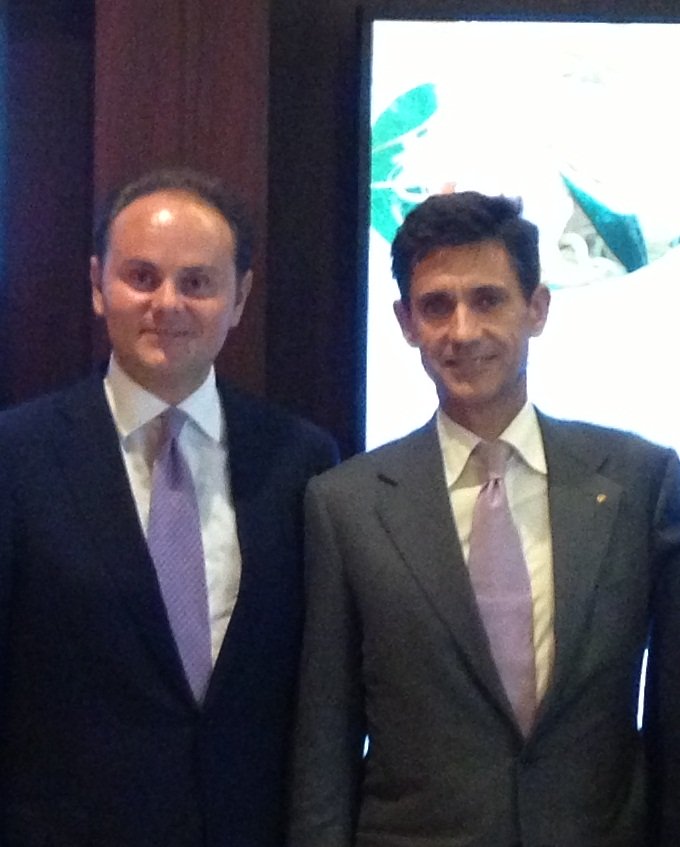 Thanks to decades of joint effort between Ferrari and JET, the Cohen family business that imports and distributes Ferrari in Japan (in the picture Thierry Choen, JEt chairman with Matteo Lunelli) , the land of the rising sun is not only the first foreign market for Ferrari but is exemplary because there Trentodoc means The Art of Italian Living  and is exalted to a level equal to that of the best French champagnes.
The Lunelli family’s Trentodoc wines, initially available in many restaurants serving Italian food, are now being found more and more in Japanese restaurants, mainly in part to the magnificent pairing between Japanese dishes and Ferrari bubbles. The figures are flattering and growing  but this is not in itself sufficient to explain the prestigious position which Ferrari holds both in the market and amongst the institutions. As was so aptly demonstrated on a recent trip in which Ferrari’s president, Matteo Lunelli, and export manager, Federico Zanuso, were received by the mayors of three great and historic cities: Kyoto, named a world heritage site as “the city of a thousand temples;”  Kobe, one of the largest ports in the country; and Kanazawa. How much Ferrari is appreciated in the land of the rising sun can be witnessed in the chain of Italian restaurants called Oreno where the sparkling wine is offered by the glass at the meeting of  the Italian Cuisine Association and during the Wine Maker Dinner in classy hotels and restaurants in Kyoto and Tokyo. 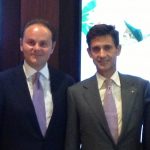 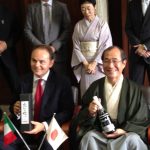 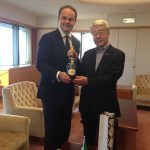 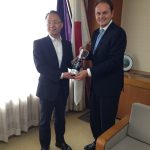