Wealthy Chinese go crazy for Giulio Ferrari: buying a bottle for a little less than 400 euros

The Chinese are also crazy for Giulio Ferrari, the most recognized label of Italy. Crazy enough to shell out the exorbitant sum of 2,300 euro for a box of six bottles. This, in fact, is the amount by which a rich Chinese won the box a few days ago at an auction of wines in Beijing organized by the Bank of China for its major private banking clients. Attending the occasion, held in one of the most exclusive hotels of the metropolis, the International Beijing Financial Street, were many of the new wealthy from the People’s Republic of China and many representatives from the Chinese economic and financial sectors. There was, among the many lots that were bid on, a box of Giulio Ferrari Riserva del Fondatore 2001, which was won, after a series of high bidding for less than 400 euros per bottle. 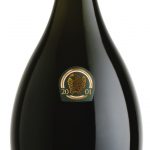