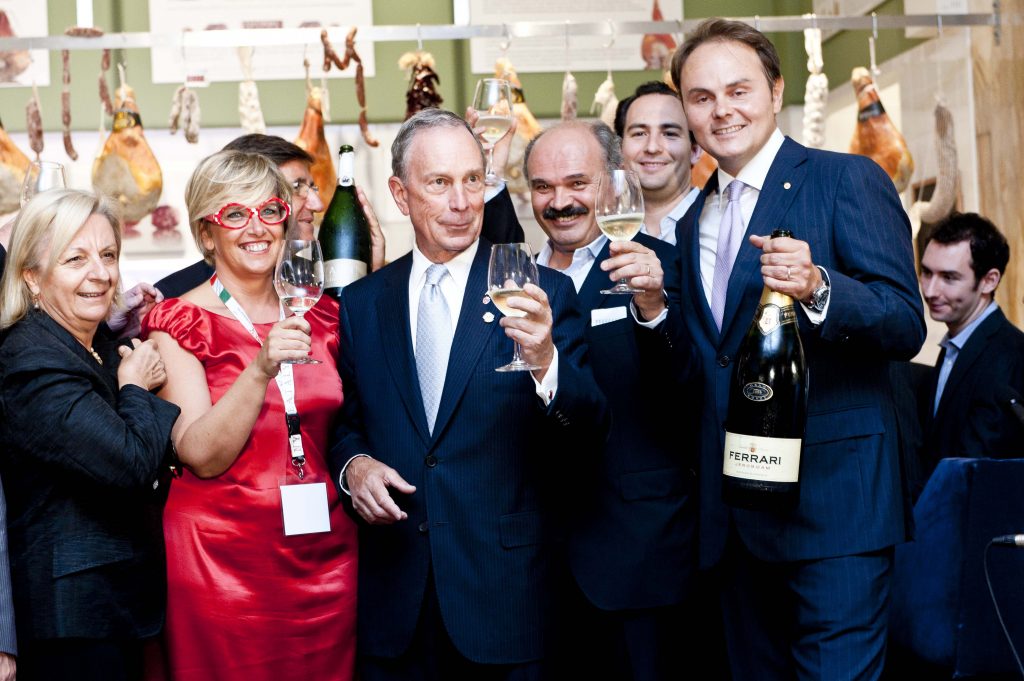 On January 27, 2007, glasses filled with Ferrari wine were raised to celebrate the opening of Eataly at the Lingotto building in Turin.

Ten years and 34 toasts later – a number reflecting the Eataly openings in Italy and abroad, with the latest event held in Trieste on January 17 – the bubbles provided by Ferrari are still at the heart of the celebrations linked to this important anniversary.

The celebrations will not only feature the cutting of the cake in all Eataly premises at 5:30 PM and the opening of a Ferrari Jeroboam bottle at the Lingotto building in Turin with Oscar Farinetti, founding father of the initiative, and Andrea Guerra, CEO, but will also involve all customers. Exclusive events and special offers will be addressed in particular to the visitors of Eataly Torino Lingotto and Roma Ostiense, who will be welcomed on January 27 with a glass of Ferrari Maximum Brut and a tasting menu developed by 10 different Michelin-starred chefs and accompanied by a series of selected wines, including the Ferrari Perlé Bianco Riserva. The event echoes the initiative held in Milan on January 18 that involved seven chefs.

The food and wine tradition of Italy will be at the heart of this festive occasion open to all, with the aim of celebrating the values that Eataly has contributed to spreading in Italy and abroad over the last ten years.