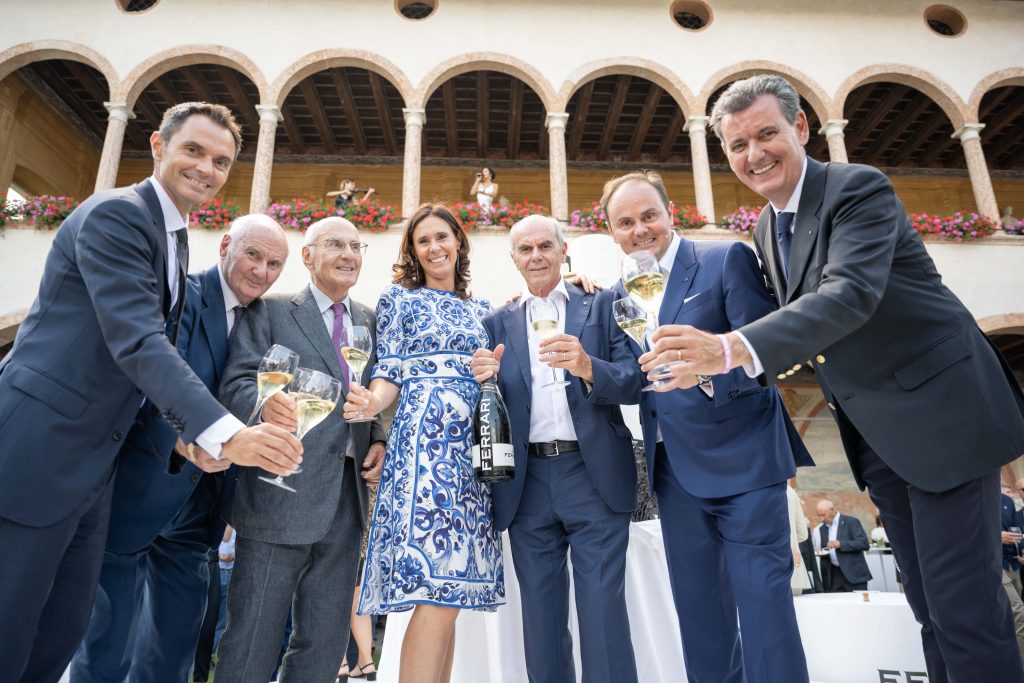 A renovated Villa Margon was the venue for the celebrations of this important anniversary, to which Poste Italiane has dedicated a commemorative postage stamp

Ferrari Trento celebrated the 120 years since the foundation of the winery by bringing together in the recently renovated sixteenth-century Villa Margon – as if at a large family reunion – the many people who are close to the company and have contributed to its success. These included those who collaborate with it, the authorities, a whole host of friends from the spheres of business and sport, as well as chefs and sommeliers.

The two days of celebrations, the 6th and 7th July, were the occasion for the obliteration of the commemorative stamp that Poste Italiane and the Italian Ministry of Economic Development decided to dedicate to this significant anniversary. The stamp, which is part of a series on the theme of “outstanding representatives of Italy’s production and economic system”, will be printed in an issue of 500,000 and will be distributed across the country for three months, at the end of which it will become part of the collection of the Poste Italiane Museum.

Certainly, a great deal has changed since that long-ago year of 1902, when Giulio Ferrari decided to create a small cellar a short distance away from Trento’s Cathedral and produce just a few highly select bottles. What has remained unaltered since then is a constant quest for excellence, along with an innovatory spirit, profound attention to people, and an indissoluble link with the terroir of Trentino. These values have always guided the entrepreneurial vision of the Lunelli family – now in its third generation – which this year celebrates 70 years in charge of the company: a vision in which business is not limited to creating added value for the shareholders, but must also generate wellbeing, safety and beauty for those who work within the company and for the community that plays host to it.

This conviction has led to the longstanding commitment to environmental and social sustainability of Ferrari Trento, which – no mere coincidence – has also obtained Carbon Neutrality certification this year. Reducing to zero the impact on the climate of the winery’s direct (and, in part, also indirect) emissions is another important goal that has been achieved, following organic and “biodiversity friend” certification for all the company-owned vineyards.

Ferrari’s identity is intimately linked with the territory of Trentino and its mountains: the company acts as an ambassador for this area, also by highlighting and promoting its artistic heritage. The celebrations for the 120th anniversary have been an opportunity to show off the refurbished beauty of Villa Margon, a sixteenth-century gem immersed in the vineyards which acts as Gruppo Lunelli’s official hospitality centre; in the last two years it has undergone major renovation, as well as meticulous research from a historical and artistic point of view.

The splendid frescoes of the Villa – which will continue to remain open to the public – already revealed the ancient vocation of this area for producing wine, a vocation that Giulio Ferrari recognised and that the company pursues, with pride in an important tradition but also with its gaze firmly directed towards the future. 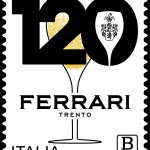