Ferrari Trento has begun the 2021harvest 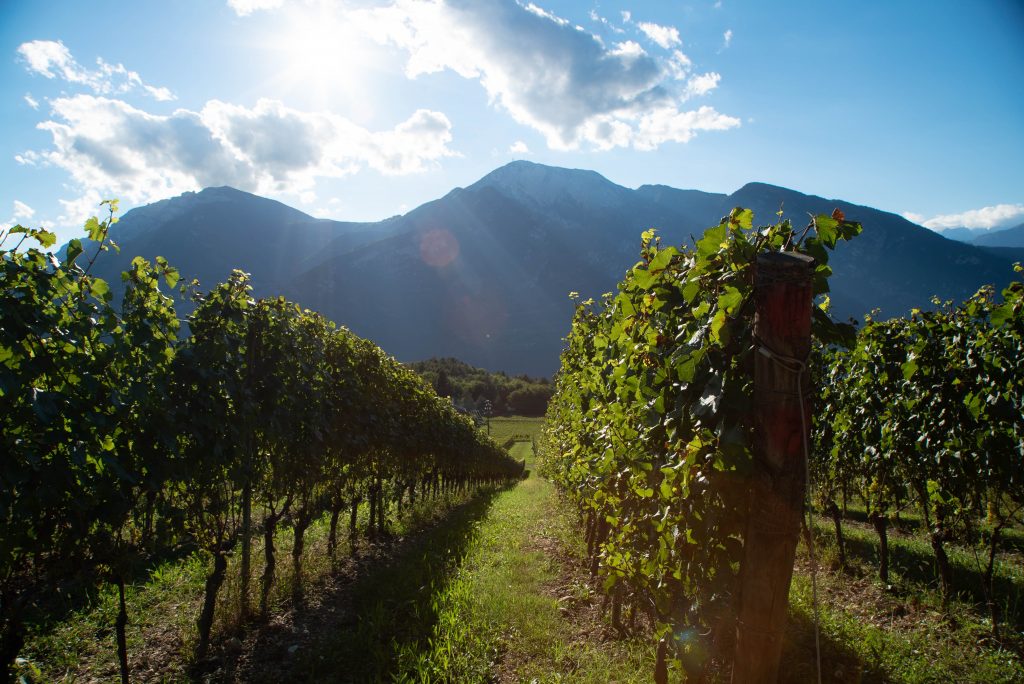 Harvesting has now begun at Ferrari Trento, for a vintage that promises to be of high quality thanks to a great deal of hard work in the vineyards and the Company’s decision to focus on high-altitude viticulture.

On 26th August, Ferrari Trento began the 2021 harvest: the same date as in 2019 and around ten days later than in 2020, because of very varied weather conditions during the year.

While budbreak began in the first few days of April, in line with the preceding vintages, the cold, rainy climate in the spring led to a slowdown in the vines’ vegetative development of about two weeks.

Following a stable, sunny June, hailstorms in July called for patient work on the part of the growers in picking out the berries that had been damaged, as well as careful attention to avoid attacks from parasites.

The slowing down in the grapes’ development caused by the weather in July was eventually partially recuperated thanks to the high temperatures in August, nicely mitigated by the altitude of Ferrari Trento’s vineyards, which always ensures a good thermal excursion between day and night, extremely important for maintaining acidity in the grapes and highlighting their aromatic notes.

These conditions led us to decide to begin the harvest at the end of August, starting with the lower-lying Chardonnay vineyards before moving up to the higher sites of Chardonnay and Pinot Nero.

Picking, performed under the careful supervision of Ferrari Trento’s agronomists, was, as usual, carried out entirely by hand, allowing for a further selection of the grapes, the final stage of the hard and extremely meticulous work in the vineyards carried out by the growers – using sustainable methods – throughout the growing cycle. The Lunelli family’s own vineyards have in fact been certified as organic since 2017, while the more than 600 grape suppliers adhere to the protocol titled “Ferrari’s Vineyards, for Sustainable and Healthy Mountainside Viticulture”, thus guaranteeing cultivation criteria that respect the land and those who work on it.

“We are looking forward to high-quality grapes, in spite of a complicated year weather-wise; once again Giulio Ferrari’s intuition of bringing Chardonnay to his Trentino and the company’s desire to focus on high-altitude vineyards have shown themselves to be winning choices for producing outstanding Trentodoc wines with a long life ahead of them”, commented Marcello Lunelli, Oenologist and Vice-President of Ferrari Trento.