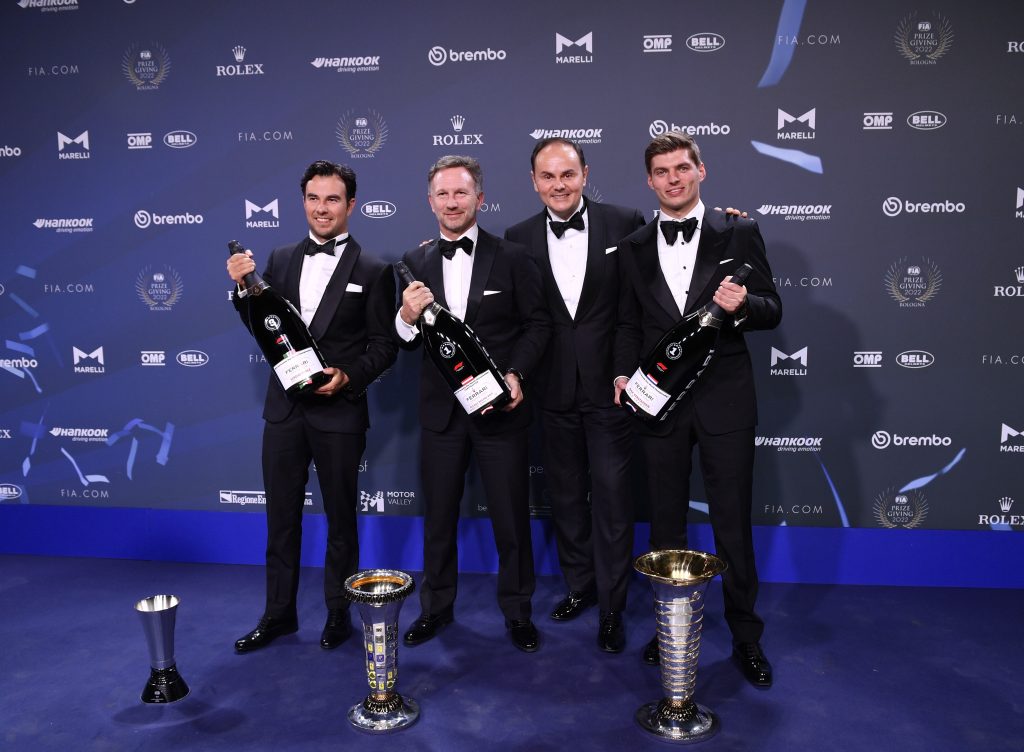 were presented to Verstappen, Leclerc, Pérez and Red Bull

Ferrari Trento and Tenute Lunelli were the protagonists of the FIA (Fédération Internationale de l’Automobile) Prize Giving, the award ceremony for motorsport champions at the end of the season that saw them compete on circuits around the world.

Taking the stage for Formula 1® was world champion Max Verstappen, together with Charles Leclerc and Sergio Pérez, who finished second and third respectively in the 2021/2022 season, along with Christian Horner, Team Principal of Oracle Red Bull Racing, the constructor’s world champion.

The event, promoted by the FIA in cooperation with the Emilia-Romagna Region, ICE (Agency for the promotion abroad and internationalisation of Italian companies) and ACI (Automobile Club Italia), is a much-awaited appointment where the champions of all FIA motor sports are celebrated.

After the Paris leg in 2021, the event this year took place in Bologna and attracted the entire world of Formula 1® as well as other disciplines related to the world of cars.

Presenting the three drivers and Christian Horner with the special bottles, each personalised and in Mathusalem format (6 litres), was Matteo Lunelli, President and CEO of Ferrari Trento, who commented: “It was a pleasure and an honour to reward amazing champions at the end of a season of great emotions, all celebrated with a Ferrari Trentodoc toast.”