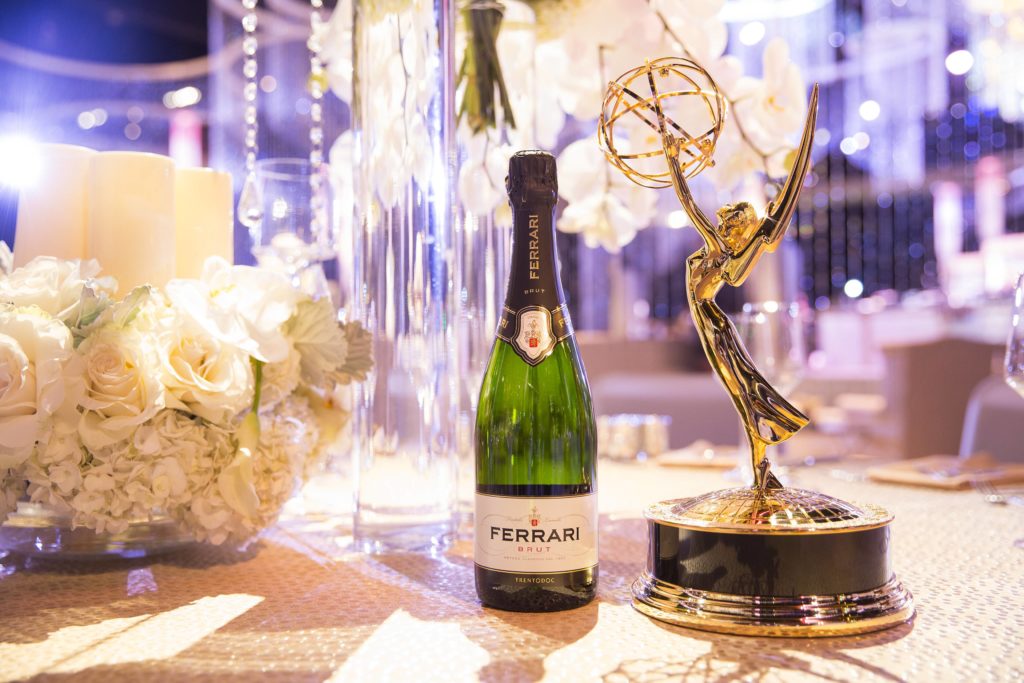 In this rather unusual year, the Emmy Awards will be an “at home” experience even for the nominees. Ferrari Trento continues to celebrate their achievements as the Official Sparkling Wine of Emmy® Awards Season.

In 2020, Ferrari Trento has once more been selected as the Official Sparkling Wine of the Emmy Awards Season for the sixth consecutive year. In the absence of the live events that traditionally surround the most glamorous night in television, Ferrari Trentodoc sparkling wine remains the toast to excellence in television, a medium that has taken on ever greater relevance in bringing people together. The stars who light up our screens and other members of this community of excellence – from agents and publicists to members of the Television Academy – will toast on Emmys night with Ferrari Trento.

This year, families have gathered together through television, whether to enjoy new content featuring some of the greatest production values in history or to stream reruns of classic favorites. Friends have found ways to stay connected through simultaneous streaming and discussion. Ferrari Trento celebrates this spirit of conviviality and all those whose contributions have made television better than ever.

Ferrari also recognizes people around the world who have risen to many challenges in the face of significant adversity, saluting storytellers who use the power of television to comfort, to connect and to create positive social change by bringing inspiring and provocative content to viewers around the world.

Ferrari has been selected as the Official Sparkling Wine of Emmy Awards season every year since 2015 and as such has traditionally supported a full season of events. An emblem of the “Italian Art of Living,” Ferrari has long been appreciated by distinguished guests at major events of international renown.

The awards this year captured a more intimate expression with its approach to #EmmysAtHome. Ferrari recognizes that raising a glass in recognition of this excellence can be a momentous experience, even from home.