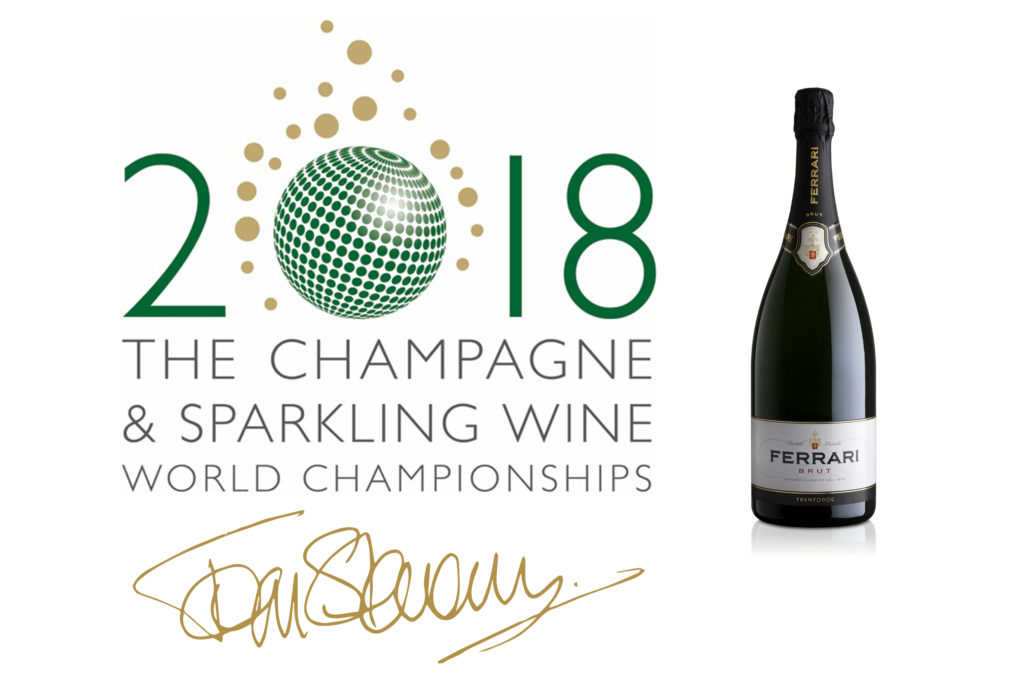 On 5th July the 116 Gold and 128 Silver Medals awarded at the 2018 edition of The Champagne & Sparkling Wine World Championships were officially announced. Cantine Ferrari once again distinguished itself in this year’s competition with no less than 12 medals out of the 71 that went to Italian sparkling wines.

The judges again confirmed in this edition the quality of Ferrari’s entire production, from the company’s most prestigious labels to its non-vintage wines, with Gold Medals also being won by the Ferrari Maximum Rosé and Ferrari Brut in Magnum.

These results merely underline the success of Ferrari’s Trentodocs, placing as they do the Trentino winery among the finest producers of sparkling wines at an international level, able to excel against the maisons of Champagne and other important wine companies from all over the world.

The Champagne and Sparkling Wine World Championships is the most important international competition devoted exclusively to the sparkling wine sector. This leading role is due to a great degree because of the prestige of the competition’s three judges: Tom Stevenson, founder of the competition, Essi Avellan and Tony Jordan, all of whom are major experts on wine and on its sparkling versions in particular.

Now we just have to wait for the results of the “Best in Class” and “National Champions” categories – as well as the proclamation of the “World Champion by style” – on 24th October at Merchant Taylors’ Hall in London.

Here are the nine labels that received the Gold Medal: