Kartell celebrates its magic Bourgie with Ferrari in New York 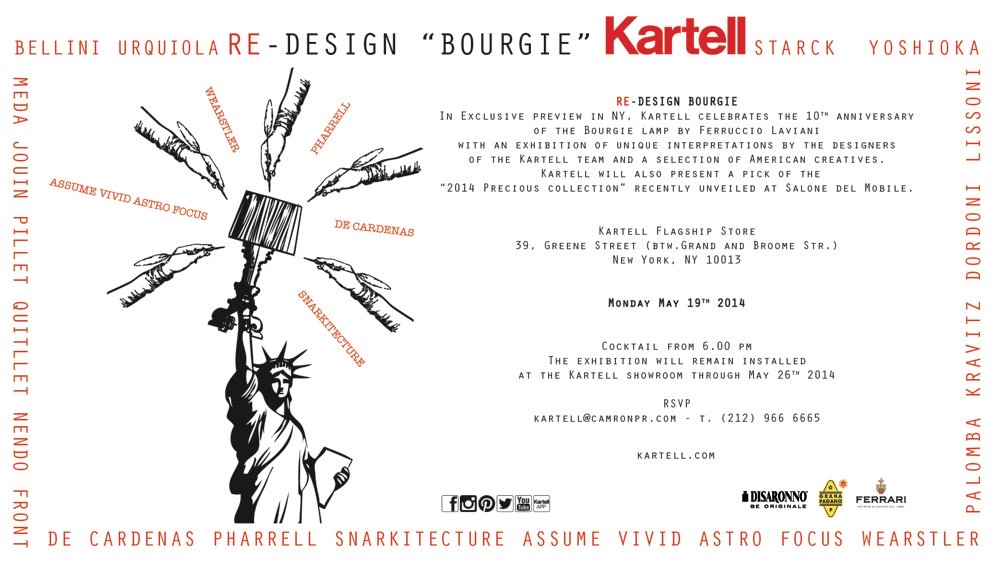 At all of the important Kartell events one will never find Ferrari missing. This will be the case on Monday, 19 May at the Kartell showroom in Soho, one of the most fashionable neighborhoods in the Big Apple (New York). As part of the ICFF, International Contemporary Furniture Fair, this event will be extremely glamorous for it is a celebration of the tenth anniversary of the first appearance of the Bourgie lamp. The lamp, described as having “an everlasting appeal,” was created in 2004 by Ferruccio Laviani and is among the great worldwide successes of Kartell, a symbol of the best of Made in Italy.  Ferrari, another symbol of the best of Made in Italy, is an obvious choice to toast the ten years of Bourgie as was done in Paris. 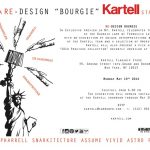