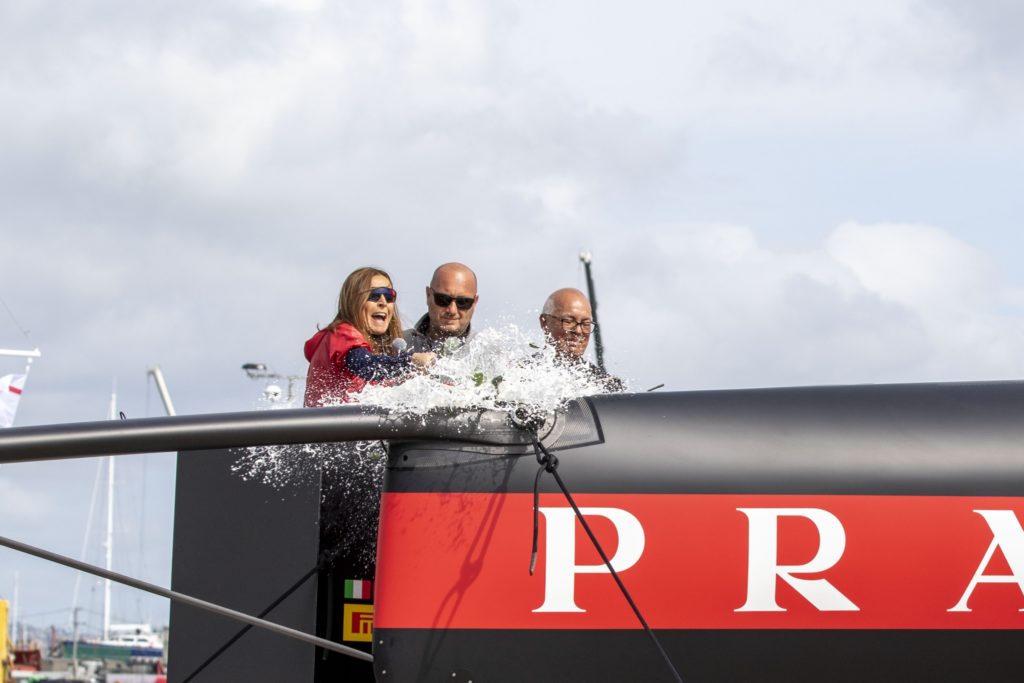 The ceremony was simple and traditional, enhanced by the blessing of Luna Rossa by Father “Pa” Peter Tipene, Cathedral Dean of Auckland Cathedral, and followed by the christening of the boat by Tatiana Sirena, wife of Team Director and Skipper Max Sirena, as she broke on the bow a bottle of Ferrari Maximum Blanc de Blancs from Ferrari Trento, the team’s “sparkling partner”. The local Maori welcome ritual accompanied Luna Rossa in the final phase of the launch as she was lowered into the sea.

For the first time, the AC75 class boats competing in the 36th America’s Cup presented by PRADA will race against each other in the waters of Auckland in the PRADA America’s Cup World Series and the PRADA Christmas Race, scheduled to take place from December 17 to 20.

Ferrari Trento was chosen as the “sparkling partner” by the Luna Rossa Prada Pirelli Team, since it shares the values ​​of excellence and Italian quality.

The Lunelli family’s winery has been alongside the Luna Rossa Prada Pirelli Team with its Ferrari Trentodoc sparkling wines since the beginning of this incredible adventure, which will culminate in March 2021 with the 36th edition of the America’s Cup presented by PRADA in Auckland.