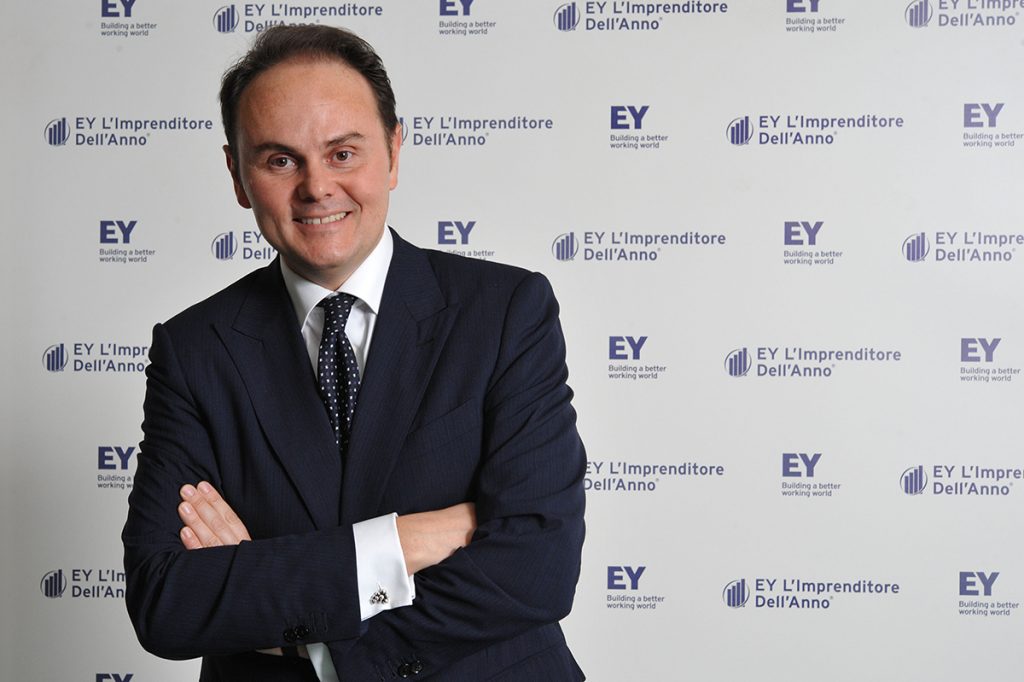 The President of Ferrari Winery, Matteo Lunelli, is the winner of the “2015 Entrepreneur of the Year Award” in the Family Business category. The final decision of the EY Award Jury – which was composed of members of the financial, business, and institutional world – highlighted “the exceptional focus paid over the last century by the Lunelli family to the local territory and its relentless pursue of excellence. Ferrari Winery is a company characterized by a solid growth that made it the leading Metodo Classico winery in Italy and a global ambassador of the Italian Art of Living”.

Launched in 1986 in the US, the Italian version of the EY Awards have reached their 19th anniversary and were presented during an event hosted at Palazzo Mezzanotte in Milan on the evening of November 19. The awards gathered and rewarded the work of the entrepreneurs who distinguished themselves for their spirit of initiative, bravery, and commitment, providing a substantial input to the growth of national economy.

The success of Matteo in the Family Business category pays tribute to the work he carried out in the company owned by the Lunelli family since 1952 and to a history that stretches back over centuries. A history anchored in a huge passion and a strong bond with the local territory and in a relentless pursue of excellence that provided the tools to face new challenges such as the transition to organic farming methods for the vineyards and growth in international markets.

“My whole family and I are extraordinarily proud of this award – said Matteo Lunelli – The fact that we, as a family, share the same values allows us to design and implement long-term strategies and projects for the good of future generations. This award goes to all the women and men of Lunelli Group; thanks to their commitment and skills we were able to make the dream of producing in Trentino a wine that can convey unique emotions come true”.

Matteo Lunelli has been at the helm of Ferrari Winery since 2011 and, together with his cousins Marcello, Camilla and Alessandro, he belongs to the third generation of this family business. He is the CEO of the Lunelli Group, which comprises other successful enterprises of the Italian beverage industry and offers products such as the bottled mineral water produced by Surgiva, grappa produced by Segnana, still wines produced in Trentino, Tuscany, and Umbria by Tenute Lunelli, and Prosecco Superiore produced by Valdobbiadene Bisol.