The chefs of Presidents, Princes and Queens together with Ferrari winery and Tenute Lunelli help the children of Haiti 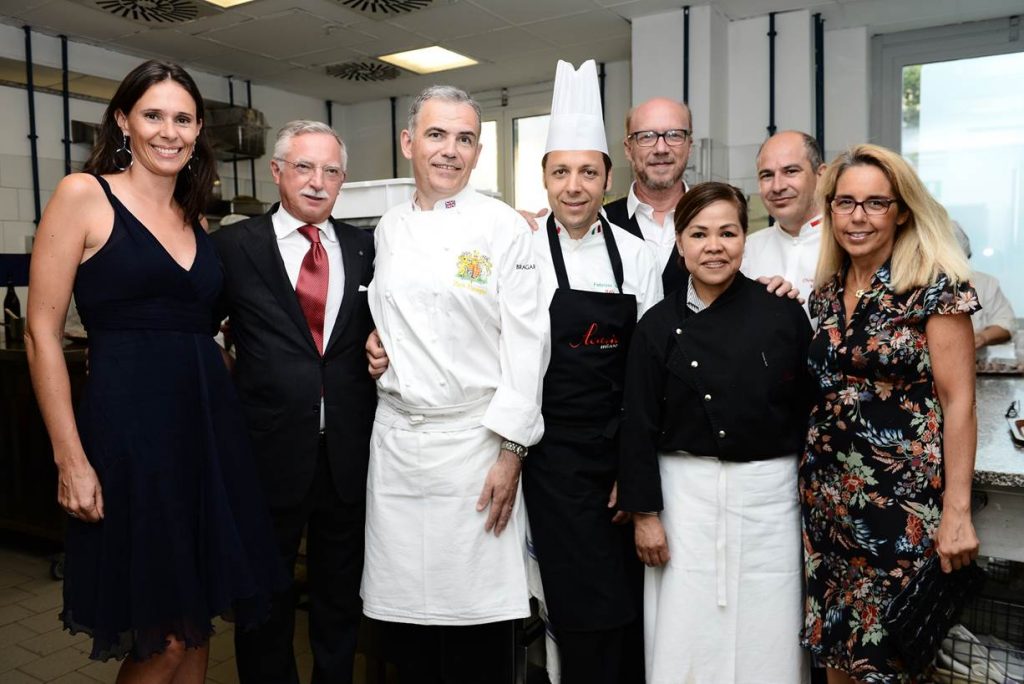 In a night completely devoted to haute cuisine and solidarity, a team of Michelin-starred chefs took turns behind the stove, with some of the most important “Chef Des Chefs” in the world in action: Cristeta Comerford – Chef to the President of the United States of America, Mark Flanagan – Chef to Her Majesty the Queen of the United Kingdom, Christian Garcia – Chef to His Serene Highness Prince Albert II of Monaco, Fabrizio Boca – Executive Chef to the President of the Italian Republic, official residence of the Italian President, and David Destinoble – Executive Chef at the Presidential Palace of Haiti.

Each chef prepared a traditional dish of his or her country, pairing it with an Italian wine selected among those produced in Trentino or Umbria by Tenute Lunelli and the Trentodoc sparkling wines provided by Ferrari winery.

Special guest of the night was the two-time Oscar winner screenwriter Paul Haggis, who is also president of APJ and who have been working for a long time side by side with Fondazione Francesca Rava– NPH Italia and Father Rick Frechette, frontline physician and director of NPH Haiti, to bring education and hope to thousands of Haitian children.

The Club des Chefs des Chefs is a gastronomic society that gathers the personal chefs currently working for Heads of State, Kings or Queens and the executive chefs of the venues that host official State receptions. Influential positions that play an important role to promote the national cuisine of each country and demonstrate the importance of sharing during such sensitive times as those of political negotiation, which often loosen up around the dining table.