The Lunelli Group will star at the Milano Wine Week 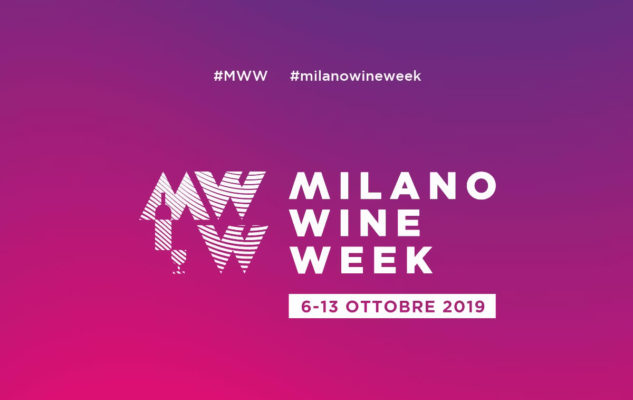 The Lunelli Group will be taking part in the Milano Wine Week with Cantine Ferrari (which is one of the Week’s Founding Partners), Bisol1542 and Surgiva mineral water. Following on the success of the first edition, the show will include a whole series of initiatives around the city in which Surgiva will be the official water and the sparkling wines of Ferrari and Bisol1542 will add bubbliness to various events, inspired by the theme “Milan, Capital of Creativity”. Milan today is not only a financial and business centre: rather, it has become a fulcrum for all kinds of creativity, acting as a catalyst for excellence, starting off from Leonardo da Vinci and continuing through to the Academies that discover new talents in the most advanced sectors of the digital world. The Lunelli Group has always given great value to creativity as one of the cultural foundations of the Italian identity.

It is no accident that Bisol1542, the brand acquired by the Lunelli family in 2014, has chosen Milan to present a new product: the 2018 Vintage Rive di Campea Prosecco Superiore D.O.C.G., a sparkling wine whose goal is to become an ambassador – in the top restaurants and wine shops of the metropolis – for the outstanding and diversified splendours that our country has to offer.

Ferrari, on the other hand, will propose in the week from 6th to 13th October “Ferrari’s Toast to Creativity”, an initiative organised in conjunction with that great temple of Milanese art and design, The Triennale. The Trento-based winery will offer a glass of its sparkling wine to those who arrive at the museum and present, together with their entrance ticket, the voucher that can be downloaded from the Milano Wine Week website.

Surgiva water will be available at all of the week’s events: more than 300, including tastings and seminars. Thanks to its lightness, Surgiva is in fact perfect for accompanying the tasting of wine, one of the reasons that it has been chosen for some years now as the official mineral water of Vinitaly and of the Italian Sommeliers’ Association (AIS).

Here is the calendar of a week that promises to be a very busy one:

Wednesday 9th October. Bisol1542 will host the press lunch “Bisol1542 & the Orient: Prosecco Superiore and fusion cuisine”, an appointment that will allow those attending in Palazzo Bovara to discover the many different styles of Prosecco Superiore di Valdobbiadene D.O.C.G. produced by Bisol1542, paired with the Japanese/”glocal” dishes of Ada & Augusto.

The tasting will explore the various expressions of the soils that give rise to 5 different Prosecco Superiore D.O.C.G.s from single vineyards: this goes to show that one of Italy’s sparklers that is famous all around the world – thanks to its intrinsically appealing profile – still has a lot to reveal both in terms of its story and its potential for pairing with fine food.

Following that, from 7 to 9 p.m., there will be the #enJeio Party, a convivial, fun evening also organised by Bisol1542 at Terrazza12 of the Brian & Barry Building: an aperitif and DJ set involving plenty of Prosecco Superiore, friends and good music. During the evening guests will be able to get to know the youthful and dynamic identity of the Jeio line of Prosecco D.O.C.G.s: sparkling wines that have become extremely popular worldwide and which come from the heart of the hills of Valdobbiadene, a UNESCO World Heritage Site since July of this year.

Thursday 10th October. Bisol1542 will offer a snack entitled “Fun pairing: have you ever tried Prosecco Superiore with Panettone?”. This event at the elegant Arclinea Durini showroom will allow those with a sweet tooth to enjoy a taste of the brand new 2018 Vintage Rive di Campea Prosecco Superiore D.O.C.G.  together with Caffarel’s classic Panettone and the surprises from the kitchen of Stefano Caffarri, chef and photo-narrator of stories, dishes and places.

Friday 11th October. Ferrari Maximum Blanc de Blancs, the new label launched a few days ago – also in Milan – in the presence of Mayor Beppe Sala, will be the protagonist of an event at Palazzo Bovara that the public can attend by prior booking, where they can discover this new Trentodoc in a festive atmosphere and enjoy an evening #ToTheMaximum with the music of Andrea & Michele of Radio Deejay.

There are, then, lots of unmissable dates with the products of the Lunelli Group at this edition of the Milano Wine Week which, for an intense seven days, once again promises to make Milan the real capital of Italian wine.